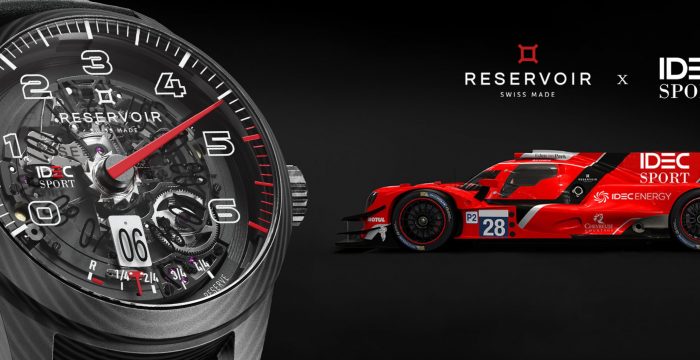 The new GT Tour Skeleton, mens watch with visible gears, perfectly assumes its identity within the Reservoir range. A watches family inspired by automotive passion in all its forms, from the emotion created by the contemplation of design to the thrills experienced on the track or on the road. With its 43mm case, made of titanium, with brushed finishes, the watch fits perfectly within this stable.

MENS WATCH WITH VISIBLE GEARS : THE SKELETON REVEALS THE COMPLICATIONS

Already noted for its assertive style and character, this car watches collection is also for its performances.The Swiss Made mechanical movement with automatic winding developed on the basis of the ETA 2824-2 caliber is not without reason.

To this engine renowned for its reliability and for its 37 hours of power reserve, a guarantee of regularity and precision, Reservoir added its patented module of 124 pieces. Developed in Switzerland and produced in La Chaux-de-Fonds, this module allows the setting implementing the flagship complications of the French brand: the retrograde minute, the jumping hour and the power reserve. A mechanism that could already be seen through the transparent sapphire crystal caseback.

Complications that can now be understood thanks to this skeleton version, with a transparent dial. More than a simple style exercise, the watch making process of luxury skeleton watch, is a cutting and engraving technique practiced in fine watchmaking, who highlights the mechanics architecture. The dial is therefore erased. An open dial watch offers a dizzying and fascinating dive into the heart of these mechanical palpitations which seem so mysterious when they are masked by the “bodywork” of the time piece. ” 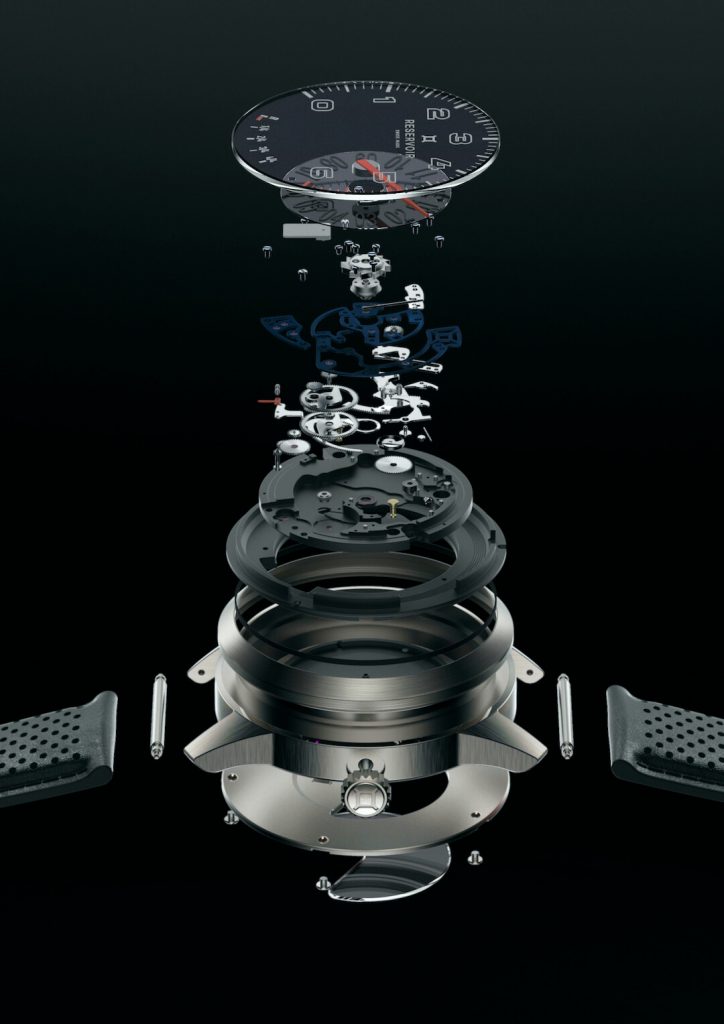 A 21ST CENTURY VERSION OF AN ANCESTRAL WATCHMAKING KNOW-HOW

This technique consists in uncluttering the mechanism of a watch as much as possible in order to enhance the architecture of the caliber, in order to create mens watch with visible gears. Each component is use to enhance it, by contrasts between the polished finish and the matt finish.

Reservoir endorses this know-how with a committed bias: put aside any decorative or engraving effect to tend towards purity. Get to the point. Highlight the quintessence . Highlight the construction of its three identity complications – retrograde minute, jumping hour and display of the power reserve. Thus, the mechanical ballet of the module components is released: action of releasing the snail, arming the retrograde hammer, disengaging the anti-horary security. 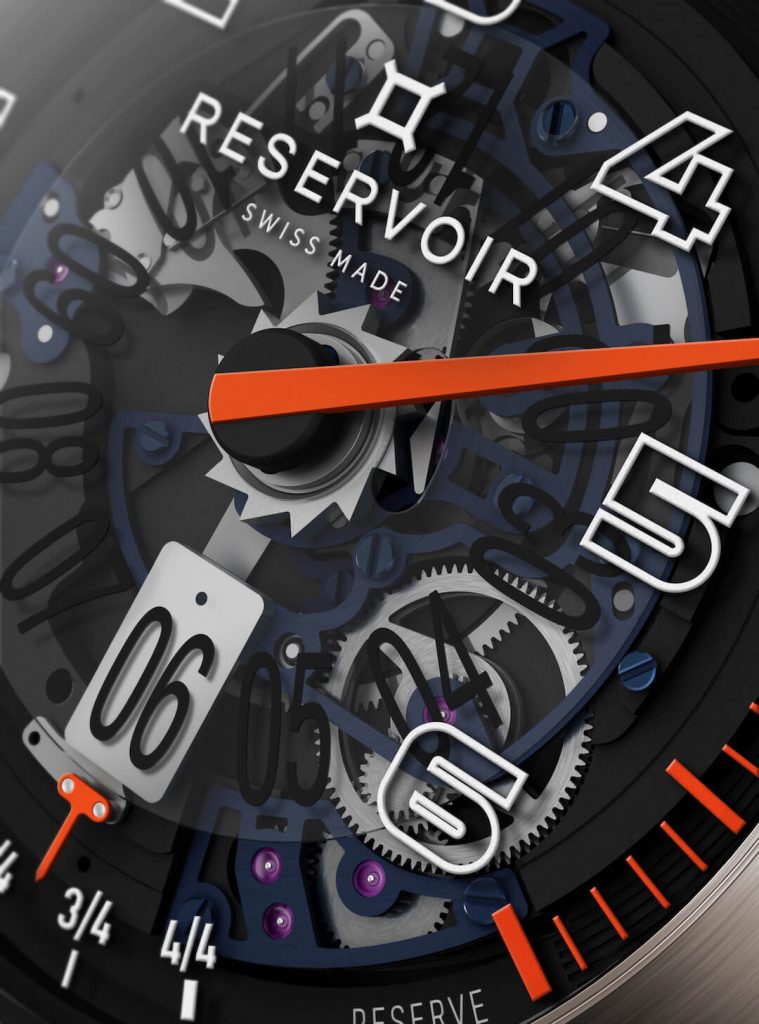 Obviously, the new GT Tour Skeleton is immediately very legible and bright. Real assets for drivers, at the wheel, or in paddock fever. The design is less loaded. Continuing in the direction of fine watchmaking’s requirements, the watch design, like its finishes, were thought with the desire to offer watchmaking lovers subtle reflections and contrasts, for their pure pleasure.

The GT Tour Skeleton is the first mens watch with visible gears from the French brand Reservoir, which is completely transparent. It’s a real men’s luxury skeleton watch offered at a studied price. 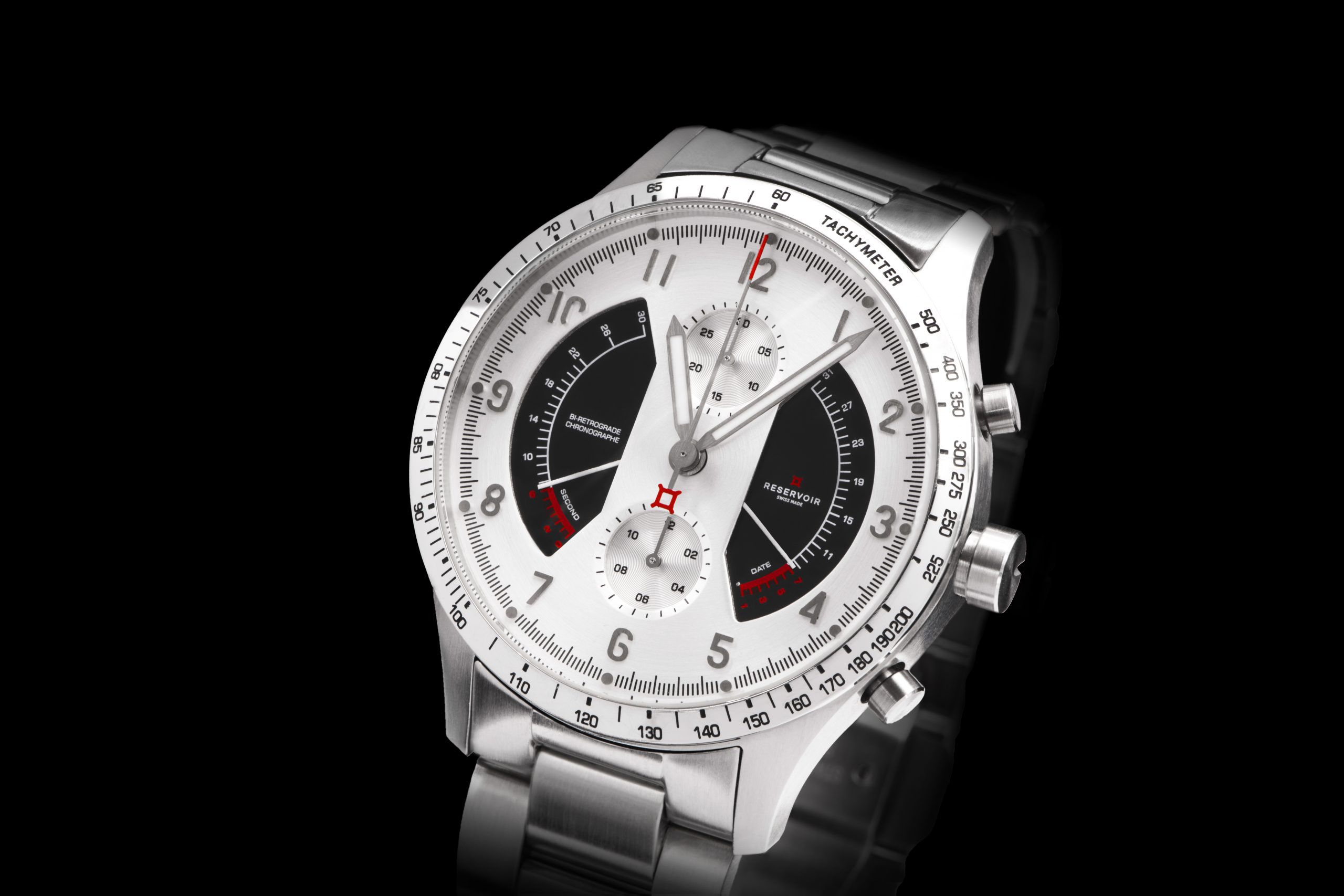 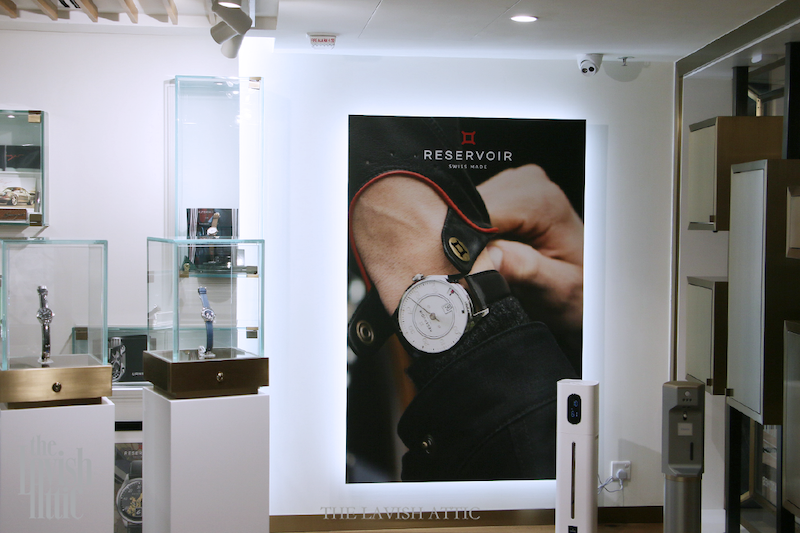 Reservoir x The lavish Attic Event
rom the 2nd to the 4th of August 2022, RESERVOIR welcomed its VIP clients and the entire Asian press to the prestigious Peninsula.
Read more
Back to RESERVOIR News

STAY UP TO DATE WITH RESERVOIR.

Be the first to hear about RESERVOIR’s exclusive events and new product releases.

By signing up to the RESERVOIR newsletter you are agreeing to allow us to email you and process of your personal data as described in the privacy policy.

Any question about our watches or services?